New Winter Concert Series Booked at The ArtsCenter for 2015 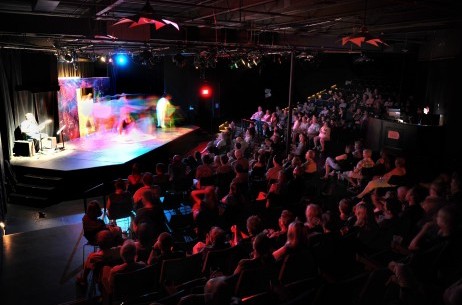 CARRBORO, NC – The ArtsCenter is excited to announce several new shows that have been added to the Winter Concert Series schedule for 2015.

The ArtsCenter has a longstanding history of booking roots based music and for decades has cultivated an audience that delights in such programming. It has been our mission to continue booking acts that represent the taste of our current patrons while further focusing on the expansion of our programming to include emerging artists and members of our own local music community. The newer additions to the lineup have been positioned in an attempt to sketch a thematic thread from our traditional roots based bookings to the next generation of performers, who noticeably draw from these roots while reimagining the soundscapes of modern music.

We hope to see you out at The ArtsCenter to enjoy some of these new bookings!

« Suspenseful and Intimate, NLT’s “Wait Until Dark” Is a Hit
Carolina Ballet’s “Nutcracker” Dazzles and Delights »